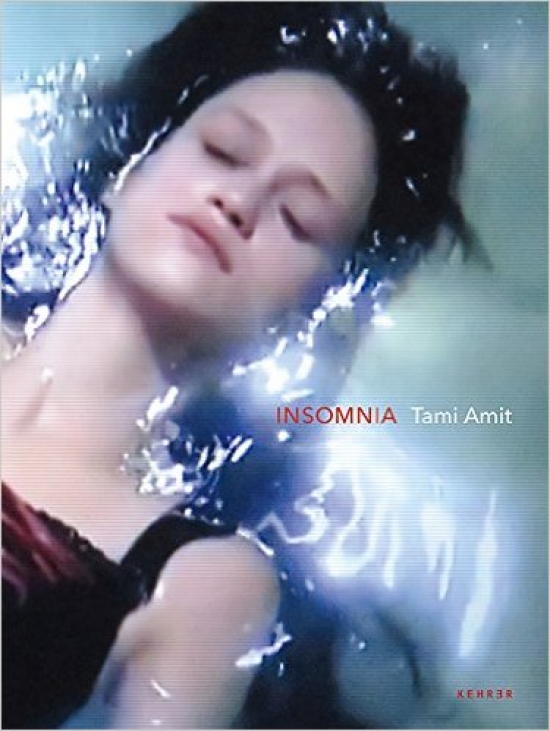 Alexandre Castant is a French essayist on contemporary arts, and in his books he explores the aesthetic and poetic relationships between the arts, notably the connections between sound arts and visual arts.
Holder of a PhD in aesthetics from the University of Paris I (Panthéon-Sorbonne).
He teaches Aesthetics and the History of the Contemporary Arts at the National School of Art (ENSA) in Bourges (France).
In addition to his teaching, he runs a sound creation workshop : L’Atelier sonore d’esthétique which can be translated as The Sound Workshop of Aesthetics.
More information about this workshop at : http://ateliersonoredesthetique.ensa-bourges.fr
He is also an art critic and a member of the International Association of Art Critics.

He has published the following books :

Black and White by Man Ray, 2003.
He then wrote a book about Man Ray, the photographer who was also a painter and an experimental film-maker.

The Photography in the Eye of Translations, 2004.
In 2004, he published an essay on the aesthetics of photography and its links with other arts such as literature, cinema, and contemporary music…

Planets of Sound, 2007 & 2010.
In 2007, he published Planètes sonores, radiophonie, arts, cinema which can be translated as Planets of Sound : Radiophonics, Arts, Cinema an essay on the aesthetics and the history of sound in visual arts. Since its publication, Planets of Sound : Radiophonics, Arts, Cinema has been well-received by readers and has continued on to earn positive reviews in the press.
Sound is now recognised as a vital creative component in art and this book offers a fragmentary yet precise transhistorical analysis of its role in three fields : radiophonics, the visual arts and cinema.
Firstly radiophonics, a very present yet very discreet form, makes our relationship with the world of sound something at once both collective and private, as well as highly imaginative. An initial spatiotemporal approach is presented via Pierre Schaeffer’s adaptations of literary works and Abraham Moles’ speculations on acoustics.
Next comes the visual arts and the role of sound therein. From dialogue between the arts to the utopian machines of the eighteenth century, from Symbolism to the historic avant-gardes of the interwar years, from Futurism to Fluxus, from the audiovisual domain to the connections between rock and the visual arts, from the politics of sound to the question of the inaudible ; not to mention noise, listening, silence, the voice, music, the musical imaginative realm and how to convey it : all these things traverse the history of modern and contemporary art – but most importantly they summarise it. The book updates this summary, not so much with any pretensions to exhaustiveness – a tricky task given the immediacy of the subject – but with the aim of highlighting its underlying ideas and concepts and demonstrating their interrelationship.
Thirdly, a sound-based aesthetics of the cinema offers a new reading of modernism and cinema modernity. From Eisenstein to Welles, from Bresson to Bergman and Antonioni, and, in monographic chapters, from Alain Robbe-Grillet to Jean-Luc Godard : here the sound experience is interpreted as a series of crises, of conflicts with the image which, in the final analysis, have opened the cinema up to the fresh horizons of video and Contemporary art.
There are three domains, then – radiophonics, art, cinema – and an exploratory trip to the planets of creativity in sound which they reveal. This research offers food for thought and perception, but also for testing out the business of coming to grips with sound in writing and the cross-disciplinary issues this inevitably raises : how, then, to write (about) sound ? From the symbolic point of view, films by Jean Cocteau ( Orpheus, 1950) and David Lynch ( Lost Highway, 1997) look like mirrors (of each other, in some respects) : firstly for developing the notion of “necrophonics” – the noise of the beyond, the beyond of noise – which the book delves into ; and secondly and more generally, for singing the praises of the cross-disciplinarity in art. Transitions between sound, image and text, and the transition from one world to another are analysed.
Tami Amit’s cover photo for Planets of Sound can be seen as a discreet tribute to these films ; or better still, as echoing them.
After selling out its first printing (2007), Planets of Sound has been reissued in a new, revised edition, (2010) with an epilogue devoted in part to composer/musician John Zorn.

ImagoDrome, Mental Images in Contemporary Art, 2010.
In 2010, he published a collective book about mental images in contemporary art. This research attempts to forge pathways from the arts to cognitive sciences.

Snow Screens, 2014.
« Alexander Castant, essayist and art critic, brings in Snow Screens articles, interviews and columns on photography. These art critics, published in journals or related exhibits were seized in the movement of a specific evolution, the past twenty years (1992-2013), that is to say in the passage film to digital, or, to put it another way, these texts accompanying the photograph to the era of dematerialization of its supports. Furthermore, these texts were mostly published in the specialized press, Snow Screens opens a reflection on the status of art journalism today, the latter being also engaged with the mutations, contemporary inherent to digital. Accompanied its evolution – as in a mirror – the historical movement of photography.
Snow Screens introduces the challenges of contemporary photographic image developing in three parts : image and political, relations between photography and the arts, and, finally, the image and the digital world, transparent, infinity… The second part of the book – which therefore concerns the relationship between photography and the arts – explores the subject matter of one of his previous books (The Photography in the Eye of Translations) where Alexander Castant studied the relationship between literature, art and sound design visuals. »
in The Eye of Photography – The Daily Magazine of Photography, april 2014.

Audio Diary, Radiophonics, Arts, Cinema , 2016 & Sound Arts – Sound and Contemporary Art, 2017.
Audio Diary, Radiophonics, Arts, Cinema , and then Sound Arts – Sound and Contemporary Art are respectively published in 2016 and 2017. They compose a History of Art and complete the research proposed by Planets of Sound (2007). These three essays can be treated as a trilogy about the experience of sound in contemporary art, a field of research in which the author has been working since
the nineties :

« Between introduction and panorama of sound practices in contemporary art, Alexandre Castant (French art critic, essayist, teacher, author of Planètes Sonores published by Monografik in 2007 & 2010 and Journal audiobiographique published by Scala in 2016) proposes with Les Arts sonores (in French only), an inventory of sound issues in contemporary art. A field of artistic experimentation extremely fertile, inventive and stimulating since the 2000’s, and which also has a genealogy in the history of art that this book also relates, is at the same time presented in Les Arts sonores point historical, thematic, conceptual and aesthetic. Image-sound relations, correspondences and photo-phonography, the representation of musical instruments and post-rock plasticity, radio (device, fiction), body and voice, space and sonic sculptures, soundscapes and field recording, but also sound and visual machines, vinyl records and audio cassettes, or a sound society (critical, media, political) or intangible listening (the four elements, necrophony, silence, emptiness, immateriality…) are so many notions of sound in contemporary art that, finally, approach, irrigate and respond in this book-manifest, to the question : “ What is sound art ? ” » (translated by Transcultures, Charleroi, Belgium, 2017).

He has taken part in the following international publications & symposiums :

LUXEMBOURG
Lecture : « The Meaning of Photography »
University of Luxembourg

JINAN CHINA
Workshop : « How to make pictures out of sounds, voices, music and noise ? »
Shandong University of Arts

MONTREAL CANADA
Lecture : « The Story of Sounds of the Wind »
UQÀM – UNIVERSITY OF QUEBEC IN MONTREAL

LUXEMBOURG
Lecture : « The Idea of Photography »
The University of Luxembourg

LUXEMBOURG
Lecture : « Aesthetics of Sounds »
The University of Luxembourg

TALLINN ESTONIA
Preface : « The Power of Images : The Mutation of War ? »
Biennial of Saaremaa Press

VIENNA-ATHENS, AUSTRIA-GREECE
Article : « What is a Citizenship ? »
Odyssee Today Press